Get discovered by employers. Create your
job seeker profile and resume today!

Best Jobs in IT and Engineering (Article) 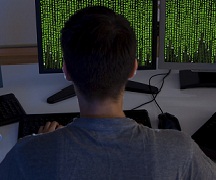 If you are looking for a career with abundant job opportunities and a lifetime of healthy earnings, look no further than the technology and engineering fields. The U.S. Census Bureau estimates that more than seven million Americans are employed in Science, Technology, Engineering and Math (STEM) careers. Yet demand continues to be very high among employers to hire more technical experts, and there's no sign of that demand falling anytime soon.

STEM careers are the foundation of the Knowledge Economy, a term coined in a 2004 Stanford University study. And the jobs in these industries power our world -- both in an economic and literal sense.

The number of jobs in these fields where demand outstrips supply is huge, and each allows you to stay on the cutting edge of society. In fact, the current digital revolution ensures that almost every STEM job will allow you to expand your skills and expertise as your career progresses.

Consider biomedical engineers, for example, a new addition to our Jobs Rated report this year. Biomedical engineering is the eighth most popular major among Generation Y college graduates and students, according to a Payscale.com study. Awaiting those students is a profession that the U.S. Bureau of Labor Statistics (BLS) estimates will grow by 62% over the next decade.

Dr. Dawn Elliott of the University of Delaware’s Biomedical Engineering Department says that it’s a great career and attractive to motivated students.

“We do have the best and brightest students coming into the major, and it’s extremely competitive to get into,” she says.

The BLS estimates that more than 3.25 million Americans work in information technology (IT), and that number will surely rise in the next seven years. It has grown continuously since 1990, except for a lull during the tech bubble burst in 2001.

Those following an educational path into an IT or engineering job are in luck. The Georgetown Center on Education and Workforce finds that graduates in computer science with work experience have a 5.6% unemployment rate. For engineering students, it’s 4.5%. Both are well below the national average of 7.5%.

Engineering fields are not only rife with opportunity and lucrative income, they are also some of the best careers per the Jobs Rated metrics. Environmental, petroleum and civil engineers rank highly in the 2013 report because of their strong growth outlook, healthy workplace environments and attractive average income. They are also among the best overall IT and engineering jobs.

Each of these jobs can be found in different sub-sectors: green energy, oil and gas and construction. Engineering is anything but a one-size-fits-all industry, though a common requisite is an advanced degree, it's not required.

Careers that have long been stalwarts of the IT and engineering industries are still growing at the consistent rates they've experienced over the past three decades. Web developer is one such job, with a 22% projected rate of growth, and it's one of the best jobs that doesn't necessarily require a college degree.  Web development is a key component of the IT service sector, which makes up the overwhelming majority of positions in the workforce.

One BLS study reports that 46% of all IT employees handle some aspect of computer systems design services, while another 43% work with custom computer programming services.

Christopher Wirz of Lancaster, Calif., worked in aerospace engineering, and is now a self-employed web developer. He started in the field by learning from the professional success of others.

“The thing about the internet is that web developers are going to put information online,” he says.

Another of the best IT and engineering jobs is largely responsible for democratizing this information. Technical writers convey the sometimes overwhelming particulars of IT and engineering data into a much more easily understood language.

Here are some of the most promising career opportunities in the IT and engineering industries, according to the latest CareerCast Jobs Rated report:

ACM, the world's largest educational and scientific computing society, delivers resources that advance computing as a science and a profession. ACM provides the computing field's premier Digital Library and serves its members and the computing profession with leading-edge publications, conferences, and career resources.

The Project Management Job Board is the premier job board and recruitment resource for the project management profession.

Mashable is a leading source for news, information & resources for the Connected Generation. Mashable reports on the importance of digital innovation and how it empowers and inspires people around the world. Mashable's 25 million monthly unique visitors and 11 million social media followers have become one of the most engaged online news communities.

Featuring the leading Job Opportunities and the leading Job Candidates for analytic jobs across all Industries and at all levels --from Internships to Senior Executive Positions.

T&D World Job Center is dedicated to bringing together the Electrical job openings of the nation and the candidates specifically looking for them.  The entire focus is on Electrical jobs in the construction and energy industries; this means jobs posted on this site will only attract the most relevant candidates.

Politico, known originally as The Politico, is an American political journalism company based in Arlington County, Virginia, that covers politics and policy in the United States and internationally. It distributes content through its website, television, printed newspapers, radio, and podcasts.  Powerjobs serves employers and job seekers in the professional areas of Government, Military, Defense, Finance, Legal, Engineering, Technology, Non-Profit, Healthcare, Legislation, Policy, Administration and more.

We lead and facilitate the development of next generation process technologies and innovative technical solutions. On matters of regulation, our focus is on those requirements that impact — or will impact — the licensing of facilities, manufacturing processes and operations, and the sustainability of the supply chain over the product lifecycle. ISPE provides a neutral environment where our individual Members and experts belonging to Regulatory Authorities can engage in open dialogue on issues that will ultimately benefit patients around the world.

Thousands of jobs from a variety of niches.

The Best Jobs and How to Get Them

The cutting-edge book that finds you the best jobs & highest incomes.